I love the facebook pages that feature local historic content. Old photos are shared and people start recalling their memories. The recent posts of the Devonport Star Theatre and recollections have prompted me to put "pen to paper" and record my childhood memories. 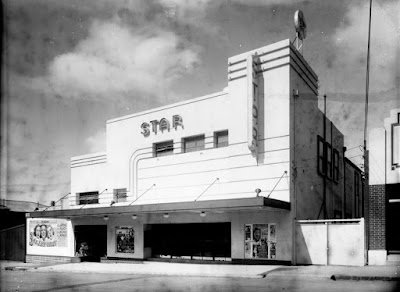 The Star was built in 1937, way before my time. It's a stunning example of Art Deco architecture that's sadly been subject to a little bit of commercial misuse and abuse over the years.

My family connection goes back to the start. The Star Theatre Company was floated in 1933 by Rob Hamilton and he and his two brothers, one of whom was my grandfather, worked in the industry as it was pioneered by Rob and grew across the state of Tasmania. 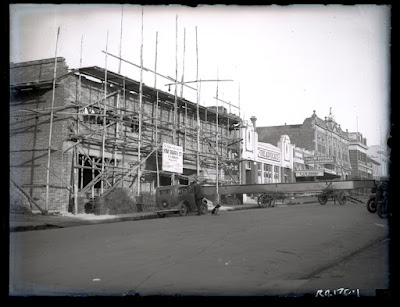 Construction in 1937. The beam to support the balcony is backed in.
Photo from the Devonport Regional Gallery, Robinson Collection.

My dad began his working career at age fifteen in the Wynyard Theatre and then the Burnie Star Theatre. He moved around the state in the industry until the last decade of the Star's life when he managed the Devonport Star. This was the 60's.

I was born 1961. By the time my earliest memories kick in, the Star had faded just a little.
Even as a child I knew she harked back to a time of glamour and a lifestyle that was gone.

Having a dad who managed a picture theatre was a wonderful perk for a kid. It meant we got to go as often as we wanted, for free, and see a film as many times as we wanted.
We'd turn up with him an hour or so before screening time and as he prepared everything in 'the box' , that's what he called the projection room, my brother, sister and I would spend the time exploring every nook and cranny of the old building. Back then it had a balcony (we Always sat up there) and an upstairs lounge. No one ever used the lounge much anymore, but the huge round mirrors, club lounges, urns of plastic flowers and ashtrays told us that there was once a time when men and women dressed up and socialized in that lounge for a night out. My dad told me that in it's heyday it cost 1/1 pence for a downstairs ticket, 2/4 pence far an upstairs (including entertainment tax) and many people held a permanent Saturday night booking. 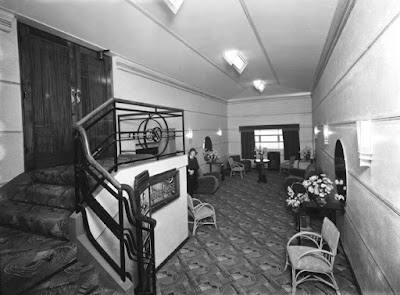 I'm not sure of the date this was taken, but this photo is exactly how I remember the lounge. We'd often sit here and wait until the place was opened and patrons would start filing in. Pre filming time he'd put on piped music which filled the cinema as people sat and waited. These were lp records. My favourite was The Good, the Bad and the Ugly, I loved it when he played that soundtrack. Soon the usherettes in their smart grey uniforms would turn up for work and they'd personally guide every patron to a seat using their big silver torches if the lights were already dimmed.

After the film he'd also have to stay for another hour or more to clean up and prepare for the next session. We'd go up to the box and help him by rewinding the huge spools of film by hand, pack them into their metal boxes and lug them downstairs if the screening time was finished. There was more time for exploring the empty theatre. Up another stair case was an old office, never used, but full of old movie posters. Wow, what I'd give to have those now!
Right in the middle of the downstairs lobby was the old ticket sales booth. That was never used either, but we'd open the old split door and sneak in and play in there. 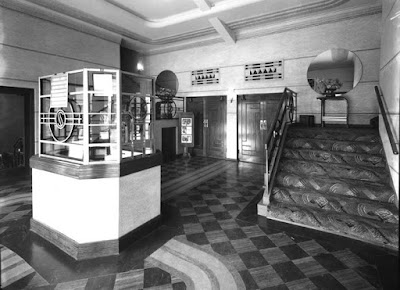 My dad would usually watch the film first, come home and report to us as to whether or not we'd like it. Compared to most kids, I guess we got to see plenty of movies. The stand outs of my memories are Pollyanna, Sound of Music, My Fair Lady, The Great Race, Jason and the Argonauts, Born Free, Mary Poppins, the list goes on. As the decade progressed Chitty, Chitty, Bang, Bang, the Herbie films, Elvis films and comedies such as What's Up Doc entertained us. My sister and I weren't happy when a western was on. My tastes matured into historic dramas such as Mary Queen of Scots and Nicholas and Alexandra and I distinctly remember having a massive movie start crush on Robert Redford.
We all had to stand up at the beginning of screening to a huge projected image of the Queen accompanied by the National Anthem. This was followed by newsreels and shorts (informative little films on various topics, none of which I remember) and the onset of the consumption of all the lollies we'd bought earlier at either the adjoining theatre shop or the milk bar over the road. If we were lucky, one of the shorts would be a cartoon which pleased the kids greatly.In 1970 the Australian Classification Board was formed and movies started to have ratings. I remember when A Clockwork Orange was released in 1971 being extremely put out that my dad would not let me see it. It had this new thing called an "R" rating. I put the poster up in my room, listened to the soundtrack and lamented the unfairness. 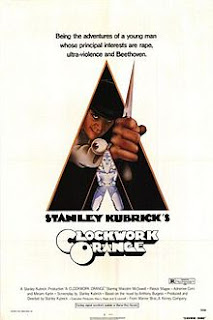 By the early 70's, Star Theatres were taken over by Cinema One and my dad left the old family business. The balcony was pulled down and the interior pretty well gutted. The gorgeous art deco plaster worked walls were covered by hundreds of metres of burnt orange and brown curtaining and the ceiling plaster painted black. Orange and brown carpets and plenty of mod amber glass chandeliers were installed. The end of the era had come.
I really feel very lucky to have these wonderful memories that certainly cultivated a love of movies and I suspect a love of Art Deco interiors too!
Posted by jen at 7:13 PM